This is the second part of my temperature sensor network series, as explained in Part1. This part also describes the used hardware.

Based on these requirements I defined a minimum set of features for a first prototype:

For the networking message I first wanted to use MQTT-SN, but after some difficulties implementing this, I decided to use CoAP instead. Luckily for me RIOT-os contains a lot of modules that can do most of these things. Most of this can be based on riot modules: bmx280, gnrc, xtimer, gcoap, shell and their requirements

For getting started with RIOT-os there is a good course online, the RIOT-course. I followed this one and you will see some similatities in the final code of this project. 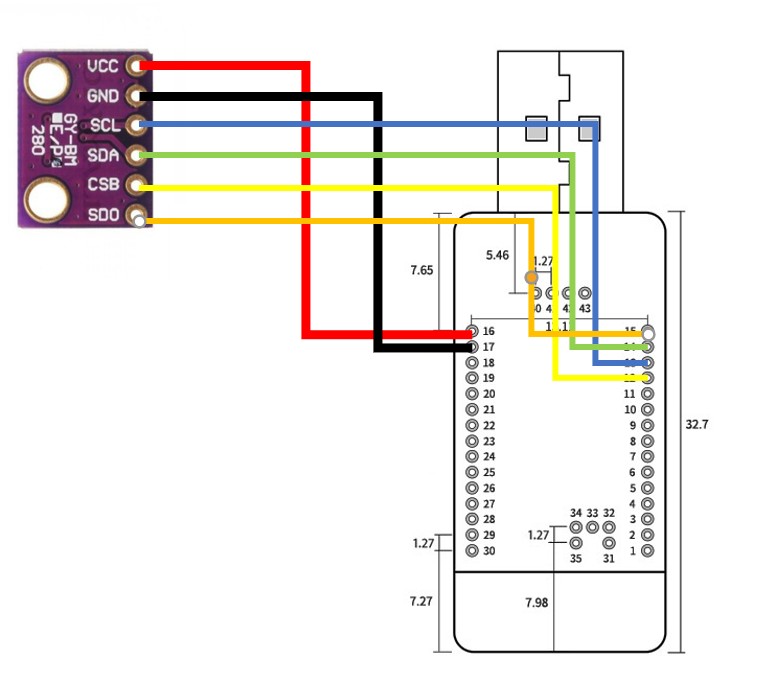 The difficulty in making this schematic is the fact that the E104-BT5040U board has 1.27mm pitch holes, which makes it difficult to connect headers. To connect this I soldered a bit of 6 strand flatcable to the sensor and the board. This is more difficult to replace, but reliable and compact. A few tips when soldering this:

With the sensored soldered to the board, the node looked like this: 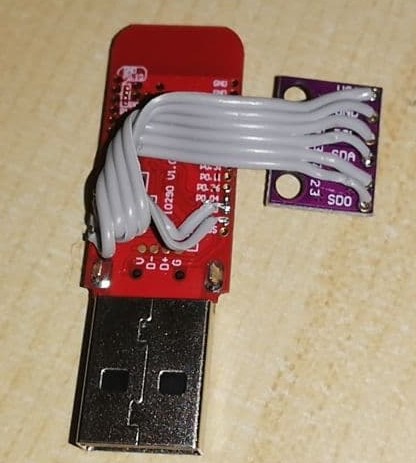 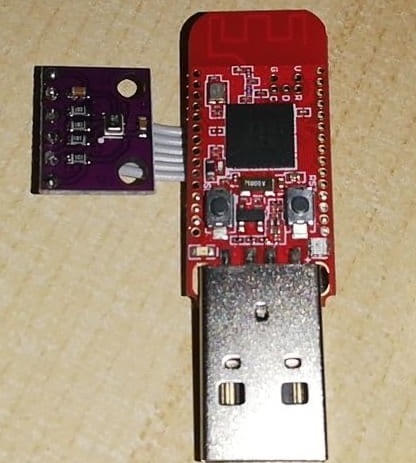 As mentioned before I use CoAP as messaging protocol for the sensor nodes. This means that the sensor nodes will send a message based to a [HOST]/path.
For the temperature I use: [HOST]/temp. For other sensors we can then later use different paths. As all the nodes will post to the same URI, it falls to the host to distinguish between sensor nodes. CoAP can also be used to request information form a server and to expose certain settings on the sensor node. This is something that could be implemented later.

More information on the networking setup can be found in Part3.

There are 2 ways to read out the sensor on the node. The first one is to read the sensor directly from the shell. This requires an USB connection to the device and is used for debug purposes. The second option is the automatic CoAP message, that will be send every minute. This can be enabled/disabled via the shell, and is enabled by default.

The source code for this project can be found on github as RiotTempsensor This also contains the configuration files and a little explaination on installing/compiling.